Finish HS. Have a full-time job. Don’t have kids until you are married. That is the subject of today's 10 minute episode.

The wording on a bumper sticker I saw was, “Young, Poor and Angry”. I did not add the italicized emphasis. And from the looks of the car, the young male driver was hardly poor. For purposes of the discussion in this episode, I substituted “Misled” for “Poor.” He was not poor; he has been misled into thinking that he is poor, that he is oppressed and disadvantaged. And misled to the point where he was proudly advertising his adopted anger.

Does this embraced angry demeanor, this angry lifestyle, explain causes and movements like microaggressions, CRT, and the collapse toward socialism?

That is the subject of today’s 10 minute episode.

I saw this colorful, professionally done bumper sticker on a late model car driven by what looked like a mid-20s, white male. “Young, Poor and Angry,” screamed the sticker, with “Angry” in italics.

Why? What was he angry about? Today’s Key Point: This young man has joined the ranks of the perpetually angry. He and the millions of others like him are angry that to get what they want requires focus, hard work, delayed gratification and, well, commitment–over time. And over a long time. It is not easy, and they are increasingly being promised easy. Worse, they are being told that if life is not easy that is proof they are being oppressed. And they are angry at being “oppressed.”

The charlatans selling this dangerous oppressed/oppressor lie are not trying to help anyone but themselves. The leaders want the votes and power that comes from promising free, and the followers want the free. You know, as in everything that is either necessary or valuable in life is a human right. The “Life is supposed to be easy,” con artists are even putting out (likely selling) professionally done bumper stickers. Not just clean letters on an attractive background; full graphics are needed to pitch this con. And, yes, this “Life should be easy” con gives rise to ethnic-based cons like affirmative action and CRT, and the class war con, socialism. All of them promise free, and free is easy. And easy works; it takes far less effort to be angry than to work hard and be successful. But easy only works for a short while.

Let’s take a deeper look at why this young man was advertising his anger by taking a look at what he might have to be angry about. Certainly not about being young. And it is highly unlikely that he was angry about being white. So it must be about the poor part. Let’s think this through together. Young is not a permanent condition, and overall, it’s a good thing. Anger is a moment-to-moment choice. No matter what the stimulus is, no matter how compelling or outrageous the stimulus may be, before we react there is choice. Between stimulus and response there is always choice.

And poor is also a choice. Really, Will, some people choose to be poor? Really? Unlike our ability to choose how to respond to stimuli moment-to-moment, choosing to be–or not to be–poor is a choice, one that we need to act on over a longer time period. The center/left Brookings Institute lists three simple steps, which if followed will allow 75% of the people on this path to be the middle class. (Which, BTW, in the US is pretty good.) Only 2% of people who do these things will be poor. And we’d have to re-do all of those bumper stickers.

What are these steps?

How hard is that? And the reward is substantial.

If the young man in the car, and millions of others like him, did these three simple things, he and they would benefit greatly.

The rules for succeeding in life are simple. If you merely do the basics; finish high school, hold a full-time job and don’t have kids until you are married, you will escape poverty and be self-supporting. Add further education focused on a vocation, anything from welding to brain surgery, and greater success will be yours. Work hard over time, start early investing 10% of your earnings in your future and don’t finance anything that depreciates and it gets even better. The rules are indeed simple.

But these simple rules are hard to follow. Hard work by definition is hard. Investing rather than spending can also be challenging. Getting a real education, digging into your studies when others are larking around, can be difficult. Delaying gratification instead of buying things you want–really want–can be hard, very hard.

The rules for success are simple and easy to comprehend; it would be quite unfair if the rules were complex and hard to understand so that only a few would be able to grasp the keys to success. Government has a strong tendency to make things like the rules for success in life appear overly complex and unfair. Why? So that the complexity and unfairness will intimidate us, and convince us that we need government, and cannot do it on our own. Governments, unless held tightly in check, want to grow and accumulate more money and more power. Our Constitution, with its separation of powers and carefully enumerated powers granted to the federal government, attempted to do just that. But it grows every year regardless. Government, again in its selfish best interest, works to make the case that the actual keys to success are basically unfair. Privilege. Gender. The right or wrong identity group. Family. Our aspiring politicians and government would have us believe that these uncontrollable factors are the real keys. Again, why? Simple. Because if the keys to life are beyond our control, then, well, the government has to step in to bail us out. All this to the government’s benefit and our detriment.

The keys to a successful life are in our control. Easy to understand, and correctly hard to implement. Will, what’s this part about “correctly hard?” Nothing worthwhile is easy to attain. Nothing that has been won, achieved, by focused hard work over time, will ever be unappreciated. Dignity, deep satisfaction, feelings of triumph, can never come from being given things. These can come only from earning them. And how can the keys to life, and how to implement them, ever be passed onto future generations unless the current generation knows them, works hard, and struggles from time-to-time, to implement them? Government serves itself and makes us into lesser beings, robs us of the challenging and successful lives we deserve, by telling us that if anything is hard, it means that it has to be unfair. And the government will make it all better by making life easy. And making us like servants, dependent upon specific politicians and the government overall.

Lee, the Chinese servant in John Steinbeck’s East of Eden, delivers a powerful argument for the advantages of being a servant. You are loved and appreciated by the family. All of your needs are met, and then some. It is a comfortable life. But, he concludes, “A servant tends to lose his initiative.”

A final lesson from the Robert Redford movie, “The Sting.” The sting in the movie was a major con game, sting being another name for a successful con. When one of the perpetrators of the sting wanted to rub it in by telling the mark, the person who got stung, how he had been had, the Redford character said no, you can never tell those who were conned what happened. Our government will never admit that we are being conned. It is up to us to see it–and fix it.

1. Personal Responsibility; take it, teach it and,
2. Be Your Brother’s Keeper. The answer to the biblical question, “Am I my brother’s keeper?” is a ringing, unequivocal “Yes.” There is no other answer.

Where do you stand? What are you going to do? Remember, it does not matter where you stand if you don’t do anything. You can start by subscribing to these episodes, and encouraging others to subscribe with you.

As always, whatever you do, do it in love. Without love, anything we do is empty. 1 Corinthians 16:1.

As we get ready to wrap up, please do respond in the episodes with comments or questions about this episode or anything that comes to mind, or connect with me on Twitter, @willluden, Facebook, facebook.com/will.luden, and LinkedIn, www.linkedin.com/in/willluden/. And you can subscribe on your favorite device through Apple Podcasts, Google Podcasts, Spotify and wherever you listen to podcasts.

This is Will Luden. We’ll talk again in a few days. 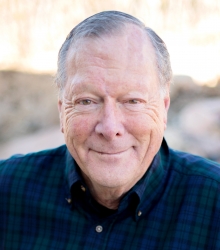 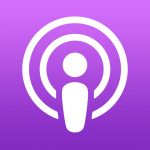 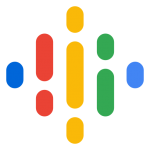 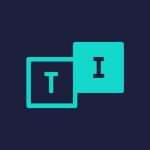 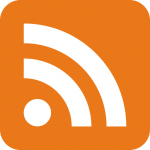 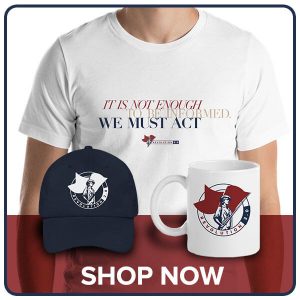